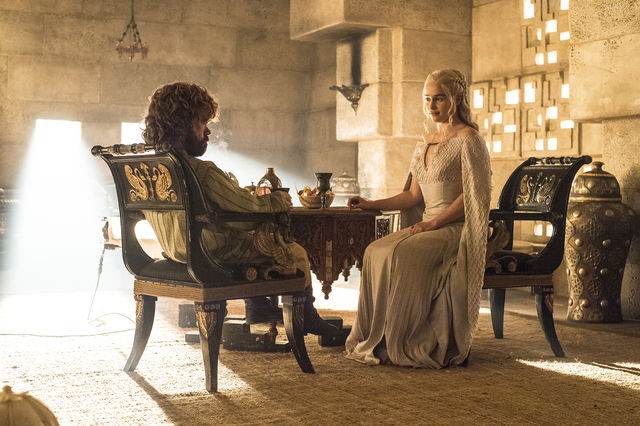 Job Interview Tips from the Game of Thrones

Wow, that was one of the best scenes on Game of Thrones I’ve ever seen.

In other words, it was a classic Job Interview.

There are some lessons we can learn from the intense discussion that ensued.

#1. In most interviews, both the Employer AND the Candidate are really hoping it will work out. Both parties want to work with the other and it almost always starts out that way.  However, both parties also need to find out more about each other – their motivations, work-styles and personalities, to see if there is a good fit. In this case, you can see Tyrion and Daenerys want to work together really, really badly, but are putting up a cool front. In such situations, be honest, candid and even humorous.

“Some day, I will tell you why I killed my father…and on that day…we shall need more wine than this.” Tyrion Lannister
#2. Know what you really want. Tyrion was very clear in what he wanted. He had served a King (Joffrey) who was an evil sadist and had seen how many other bad leaders there were out there. So, he really wanted to work with somebody whom he felt ‘deserved his service’ as an Advisor.

Are you clear in what you want in the job? Or the company you wish to work for? Or the hiring manager you will be working with? If you don’t know what you’re looking for, how would you know if it’s the right role for you?

#3. Know your Interviewer/Company. During the interview, Tyrion Lannister was pretty up to date about what the Queen had been up to, which was surprising considering that he had just been shipped to Meeren as a slave. He knew that she had opened up the Fighting Pits and that she was currently having difficulty managing her subjects.

Be up to date on your interviewer and do your homework on the challenges he/she is facing in his/her role. It will show that you understand the challenges ahead and possibly know how to fix them. Do you know what your hiring manager’s biggest ‘pain-points’ are? Are you aware of what their most immediate problem is?

In any event, Tyrion Lannister seems to have got the job as Queen’s Advisor. Congratulations!! We are all very happy for him as we all believe they are perfect for each other. I just hope she has a good Employee-Benefits Program.